Bored in class, for the fun or for the challenge, when I was at school messing around with these programs was one of the things I liked doing.

Thes programs where all programmed on a casio35+ graphical calculator. The calculator has a small processor and I had to make do with very limited memory.

Short, efficient and compact programs where needed if I wanted to make anything decent

Feel free to check out the source code

Casio 35+ programs written in CasioBASIC retrieved from my calculator in FA-124. Original programs are in the "PROGRAMS.G1M" file readable by FA-124 and transferable to any graphical Casio 35+ calculator. In hindsight, I'm pleasently surprised at how compact these games turned out to be.

Program that generates a "coin" that falls down pegs with an equal probability of going left or right and lands at the bottom, over time one can start to see a bell curve appear on the screen.

Clock that counts up, it's harder than it sounds as there is no timer in a calculator, I had to count the amount of loops the calculator took in 1 minute, calculated the amount of time per loop and used that result to make the clock.

Space invadors, but without the enemies, Half way through development of this project I realised the calculators processor was too slow to run the program and left it at a moving tank that could shoot bullets.

Light Bike, a game I loved to play as a child, if you don't know what the game is about think of the film TRON, this program had 2 gamemodes, singleplayer and multiplayer. In multiplayer players would be pitched against each other to see who can create the longest trail, the game ends when a player crashes in the sides or another players trail.

Dessins, french for drawing, this program is a small sketching application that has 4 tools: Erase, Move, Diagonal and Circle. Erase switches between drawing and erasing plots, move allows you to move your cursor without modifying any surrounding blocks. Diagonal on first press sets a first point, on second press draws a line between the first point and your cursors location. Circle prompts you with a radius and once entered draws a circle of that radius on the screen. 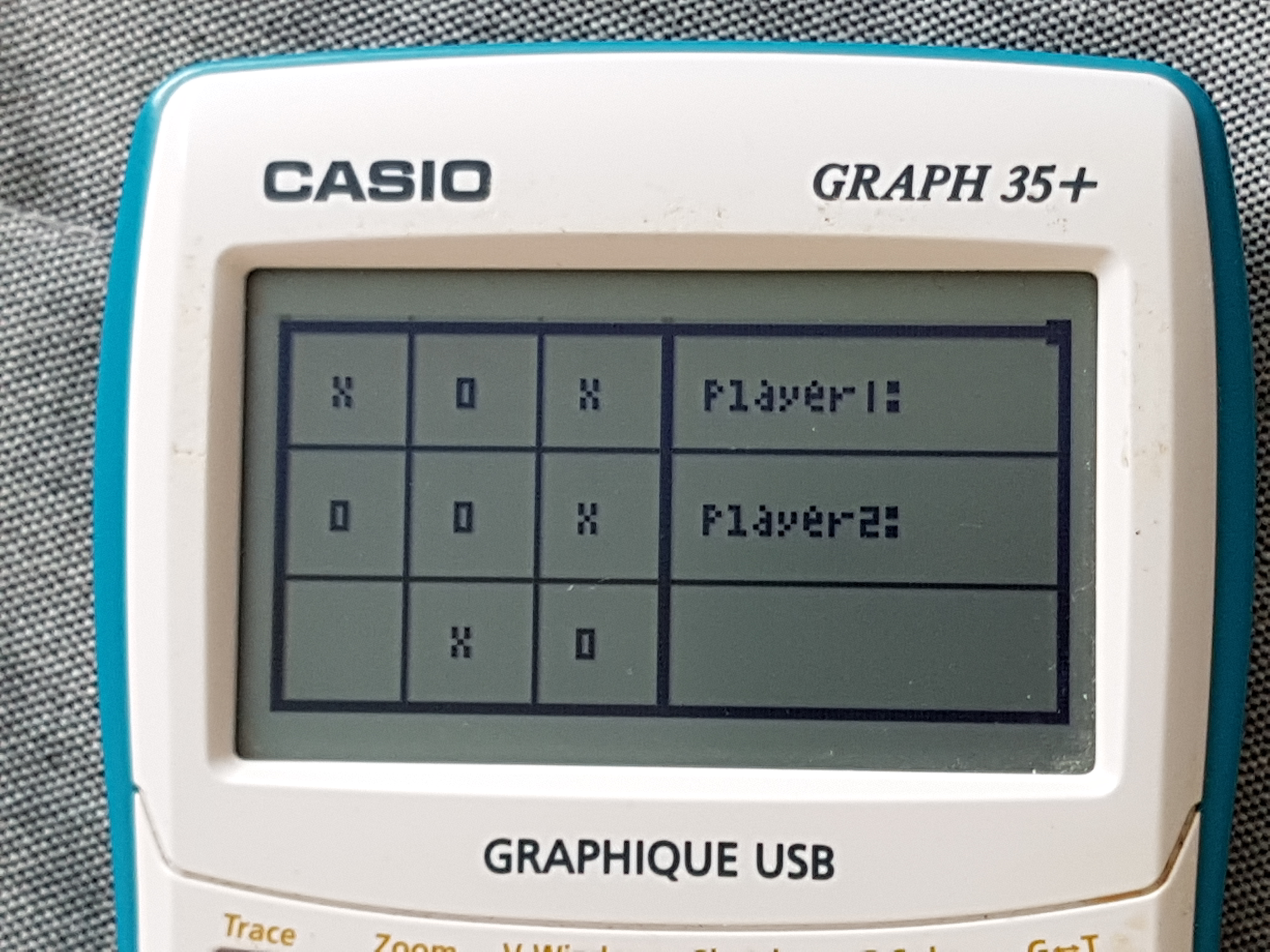 Morpion or Tic Tac Toe, this is pretty self explanatory, the squares are mapped to the keys 1-9, players take turns to place X and Os and the shift button resets the game. 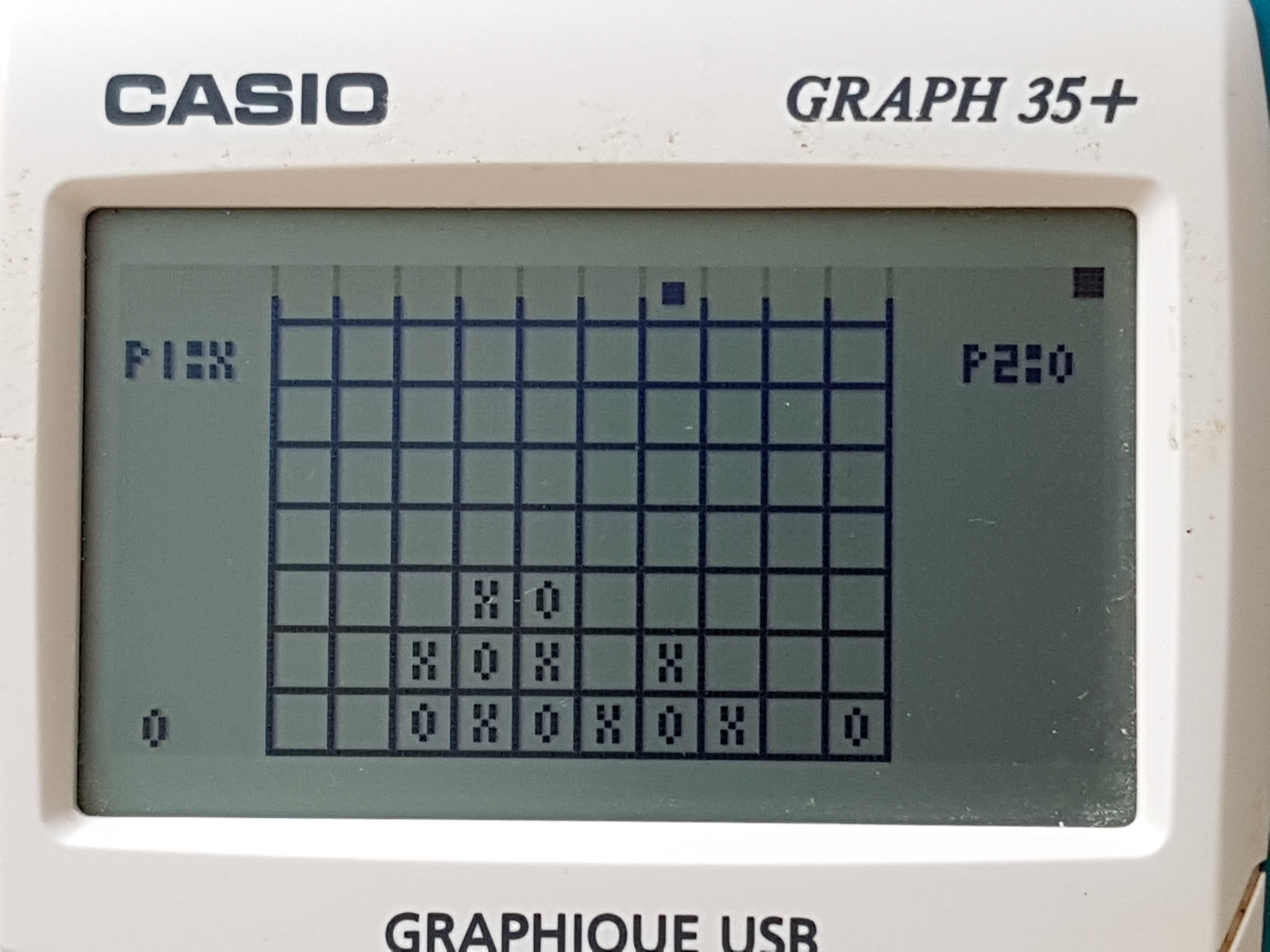 Power of 4, each player takes turn to drop a coin into the grid, align 4 coins of your color to win.

Mars Attack, similar to guitar hero with randomly advancing entities, hit the keys F2 to F5 on the calculator to eliminate the enemies as they land on the line to defend your wall and gain points.